All people are equal before the law in court.
A good attorney is what makes the difference. Since 1973, Skip has been engaged in an active trial practice for more than four decades.  Since beginning his practice in 1973, he has tried more than two hundred fifty (250) criminal and civil cases to jury verdict.  Issues at trial have included sports and recreation liability, entertainment facility liability, products liability, personal injury/motor vehicle litigation, construction defect, contract dispute, and environmental claims.

Skip is a 1967 graduate of Duke University, Durham, North Carolina.  He is a retired United States Marine Corps officer with active duty from 1967 to 1970, and Reserve duty until 1996.  He served as an editor of the Law Review at Golden Gate University and also taught at the law school.  Skip began his practice from 1973 to 1979 as a Deputy District Attorney in Contra Costa County, California where he served in Martinez, Pittsburg, Richmond and Walnut Creek.  For 37 years, Skip’s trial practice has since been dedicated to the service of civil litigation clients. He has been a trial attorney as a member of Foley, McIntosh & Foley, Albany, California (1981-1984); Owen, Melbye & Rohlff, Redwood City, California (1984-1990); and Rohlff, Howie & Frischholz, San Jose, California (1990-1996).  Skip is the senior and founding partner of Howie & Smith and he is committed to providing the highest quality of representation. His dedication to his clients has resulted in a client list that has developed over the years to include numerous Fortune 500 and Best rated companies, as well as prominent individuals and professionals.

Skip is admitted to the State Bars of California (1973) and Washington, D.C. (1981), the Federal District Courts for Northern and Central California (1981), the Ninth Federal Circuit (1982) and the United States Supreme Court (2015).   Skip is a member of the Association of Defense Counsel of Northern California and Nevada. 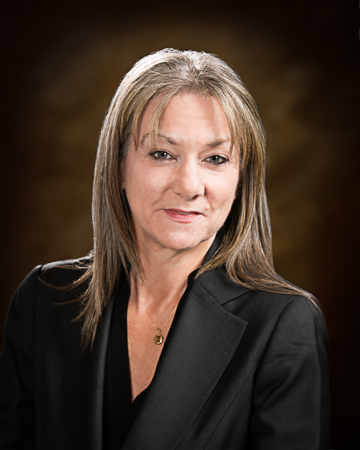 Audrey is a San Francisco native and a 1986 graduate of Brown University. She attended Santa Clara University Law School where she was an editor on the Santa Clara Law Review Board and published a comment for the Law Review on an employment law topic. Audrey brings over 20 years of legal expertise to the practice.  In her practice she has concentrated in the areas of general casualty defense, including premises liability, motor vehicle liability and rental car liability, landlord/tenant litigation, public entity liability, and sports and recreation law. Audrey also has experience in the areas of construction law, insurance coverage, property law, and all aspects of employment law litigation.  Audrey is skilled in evaluating and litigating cases through trial, as well as pre-trial advocacy, settlement negotiation (directly with opposing counsel, at mediation and settlement conferences), alternative dispute resolution, law and motion practice, and appellate advocacy.  She is dedicated to providing the highest level of efficient and effective legal services to her clients.  Where possible, Audrey works with her clients to head off  potential legal disputes and problems before they reach the litigation stage, ideally before litigation is even contemplated, thereby assisting her clients in avoiding the unnecessary costs and emotional and other tolls of litigation.  Audrey has given presentations for and consulted with clients one-on-one to develop effective litigation-avoidance strategies tailored to their specific needs.
Audrey is a member of the California Bar and local bar associations and is admitted to practice in all California state courts and the United States District Court for the Central, Eastern and Northern Districts of California.  Audrey is a member of the Association of Defense Counsel of Northern California and Nevada.

Howie & Smith, LLP is a full service AV-rated firm providing effective and efficient civil litigation and legal counseling services to clients in a broad range of businesses with an emphasis on sports and recreation commercial enterprises and products. We concentrate on sports and recreation litigation because it is a multi-faceted growth industry which places a high premium on safety. Howie & Smith also successfully represents other commercial and manufacturing interests, rental vehicle companies, and construction clients, as well as public entities.

If you are looking for a Northern California law firm that balances sound legal advice with timely case resolution, we have two convenient offices to serve you.

Our law firm is recognized well commended for its extensive work with a leading insurance companies for getting swift and proper resolution.

We understand that the civil litigation is often arduous and expensive. Therefore, we partner with our clients toward a unified goal through open and clear communication.

Get In Touch With Us

If you are interested in working together, send us a note so that we can get back to you as soon as possible!
Contact Form